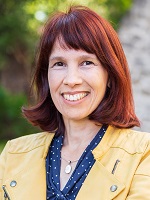 Alexandra Tomerius, Ph.D.
While earning her doctorate at the University of Hohenheim, Dr. Alexandra Tomerius worked in close cooperation with private industry plant breeding companies. She further devoted herself to the optimization of plant breeding as a post-graduate through early work as a research associate and later work as a freelance consultant. She was involved in projects related to the optimization of breeding winter wheat (Lochow-Petkus GmbH) and winter oilseed rape (DSV Deutsche Saatveredelung, Lippstadt). Since 2011, she has been and still is working for different private companies as a plant breeding consultant as well as giving training courses to academia and private industry in various fields of plant breeding, with a focus on statistics, field trial design, and breeding scheme optimization. 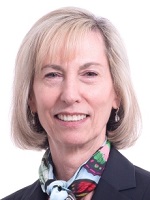 Rita Mumm, Ph.D.
Rita is a trained plant breeder and quantitative geneticist, holding a PhD from the University of Illinois, USA. A leader in bringing new crop varieties to market utilizing technological innovations and genomics-assisted approaches, she has contributed to agricultural food system advancements through the seed industry, academia, and international development. She holds several US and European patents.

In addition to serving as Director of the African Plant Academy, she leads the Education and Training component of the USAID Soybean Innovation Laboratory, serves as Director of Capacity Development and Mobilisation for the African Orphan Crop Consortium (AOCC), provides consulting services to the seed industry through GeneMax Services, and teaches around the world in the UC Davis Plant Breeding Academy. She serves on several scientific advisory boards, and previously served two terms on the CIMMYT Board of Trustees, with roles as Chair of the (Scientific) Program Committee and Chair of the Nominations Committee. She was the first President of the US-based National Association of Plant Breeders (NAPB).

Rita is passionate about Plant Breeding Education, that is, preparing the next generation of crop improvement scientists and supporting the current global workforce through continuing education to address food and nutritional insecurity and eradicate stunting due to malnutrition. 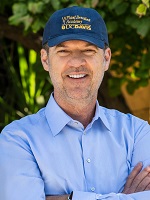 Jovan Djordjevic, Ph.D.
Dr. Jovan Djordjevic is a plant breeder & seed executive with over 25 years of experience in the field crops and vegetable seed industries. His career began in France in 1996, as a Corn Breeder for Monsanto. Jovan continued in Canada as the Canola Breeding Lead for Monsanto, then in California as the R&D Team lead for Bayer/BASF. Throughout his prolific career, he has been a part of over 200 releases of hybrid varieties of corn, canola, tomato, pepper, sweet corn, watermelon, melon, cucumber, onions, carrots, and leek. In addition to being an SBC director of education, instructor for Plant Breeding academies and other SBC courses, Jovan is one of the founders and board director for Murray River Seeds and an industry consultant for plant breeding and business strategies with F2Gen LLC. He is looking forward, together with the SBC team of instructors, to impart his experiences to future generations of plant breeders and other seed industry professionals. 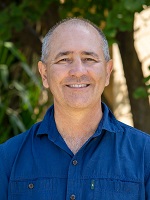 Allen Van Deynze, Ph.D.
Dr. Allen Van Deynze is the Director of the Seed Biotechnology Center and Associate Director of the Plant Breeding Center at University of California, Davis. He has a Ph. D in plant breeding from University of Guelph, Canada. As part of the SBC’s mission to serve as a liaison between public institutions and seed industry, Allen is responsible for developing, coordinating and conducting research and generating and disseminating scientific and informational content for the Seed Biotechnology Center’s and Plant Breeding Center’s educational and outreach programs. His research focuses on developing and integrating genomics into plant breeding of California and African crops. He has programs on breeding for disease resistance and quality in pepper and spinach, and development and application of genomics in crops. With Dr. Kent Bradford he co-developed and is organizer for the Plant Breeding Academysm and past chair of the US Plant Breeding Coordinating Committee.  He has been involved in International and National policy including US Regulations for Biotechnology. He is an instructor for the Plant Breeding Academy(s) and Scientific Director for the African Orphan Crops Consortium. 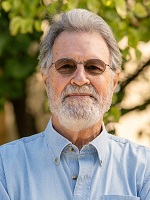 Kent Bradford, Ph.D.
Dr. Kent Bradford is the Professor Emeritus, Department of Plant Sciences, and the founding Director Emeritus of the Seed Biotechnology Center, University of California, Davis, CA, USA. His research focused on the development, expression, and maintenance of seed quality and plant developmental and growth regulation. He taught university and extension courses on plant physiology, seed biology, biotechnology, ethics, and philosophy of science. Kent received B.S. and M.S. degrees in Biochemistry and Horticulture from Michigan State University and received his Ph.D. in Plant Physiology from UC Davis in 1981. 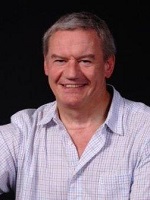 Robert Dirks, Ph.D.
Dr. Rob Dirks, did his PhD in 1986 at the Free University of Brussels on the isolation and Biochemical Characterisation of Auxotrophic Mutants in haploid protoplasts of Nicotiana plumbaginifolia. He holds a degree of Bachelor in Economics and a MBA in 1992 from Limburgs Universtair Centrum Diepenbeek (Belgium). Rob worked at Nunhems (Now Bayer Crops Science) from April 1986 until December 1998 as Research Manager and then at Rijk Zwaan Breeding from December 1998 until February 2017 as Research Manager. He has been a guest Professor at U Ghent since February 2016. 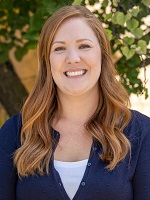 Whitney Lowe, PBA Program Manager
Whitney Lowe joined the Seed Biotechnology Center in 2021 and manages the Plant Breeding Academies in Davis, Europe and Africa. Whitney received her B.S. degree from San Diego State University and has a background in program management and hospitality, which reflects in the relationships she has with PBA students and instructors. She enjoys bringing seed industry professionals from around the world together to learn about plant breeding and help feed our world.